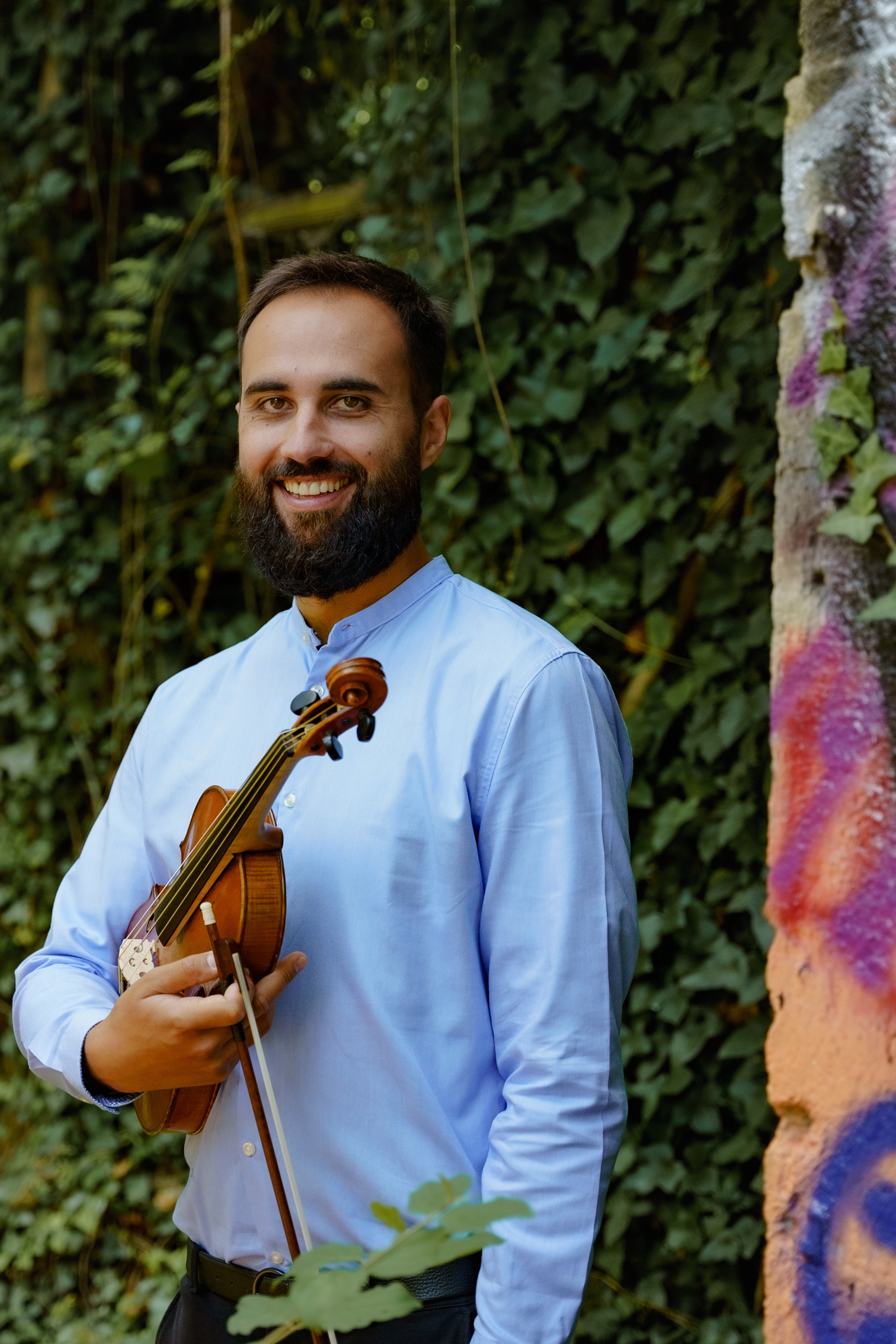 After his studies with Robert Papavrami and then at the Conservatory of Bordeaux, in 2009 he entered the Conservatory of Lyon in the class of Odile Edouard where he obtained a Master’s degree with first class honours in 2014. His studies are full of master classes with the great names of the violin: Hélène Schmitt, Amandine Beyer, Enrico Onofri and Chiara Banchini.

He plays as a soloist in prestigious venues such as the Dublin National Concert Hall (2012) or the Auditorium of Bordeaux (2014) and with orchestras such as Le Concert Spirituel, Pygmalion, La Chapelle Harmonique, Correspondances, Amarillis, La Chapelle Rhénane… His first professional recording took place in 2013 with Ensemble baroque atlantique (label L’encelade), as a soloist in the Concerto BWV 1064 by Johann Sebastian Bach.

With several years of self-teaching in traditional Irish music, and spending a year in Dublin, he founded created “The Curious Bards” in 2015, where he explores compositions and publications of traditional music from the XVIIIth century in Ireland and Scotland. With this ensemble he recorded a first album under the label Harmonia Mundi (released in 2017).